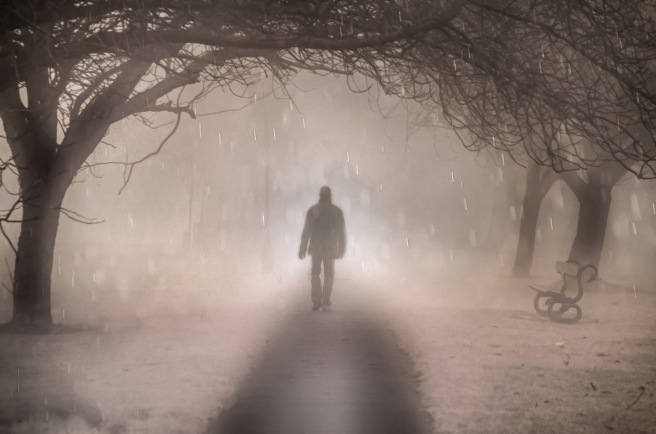 Bipolar Depression is hell, but the path to coming out of it can sometimes be a strange transition for me.  Often, I feel as though I was just in some kind of Trance cast upon me by an evil witch and am just only now beginning to see things clearly again. The fog begins to lift, my thoughts begin to come at a more normal pace, and life around me begins to have color.

I start to stir out of my hibernation.  Laundry gets done.  The sheets get changed.  I organize the papers and messes I’ve created over the time that I’ve been in a daze.  Life starts happening again.

I never can quite pinpoint when it stopped.  I don’t know when exactly it stopped this last time.  Just that I slowly descended into the rabbit hole of despair and lost the light.  Everything has been grey for several months and I am not sure I noticed it at first.

I am noticing the arrival of color.  It’s as stark as Dorothy’s arrival in Oz.  I once saw a review on amazon of The Wizard of Oz DVD (that I hope was a joke), where someone said that they were disappointed because they expected it to be in color but they watched the first ten minutes and it was only black and white.  I am glad I made it past the tornado and to the place in the film where I can see the colors everywhere.  They aren’t quite as vivid as technicolor, I’m not manic, but they are lovely and I’m very glad to see them.

Coming out of the fog of depression is an oft used metaphor but it doesn’t make it any less appropriate.  My brain feels clearer, my body feels lighter, the air feels cleaner, and my soul feels brighter.  The chains that tie me down during depression are so heavy that I feel like I might be simply crushed into powder under the weight of them.  It’s nice to not feel so much of the burden of that at the moment.

It helps that I slept in a bit longer than my usual 7:30 a.m. this morning by an hour, so perhaps the Remeron is having a small impact somewhere.  Still reserving judgement on that, but I remain somewhat hopeful.

None of this is to say that I am in the clear air or that I am completely out of the weather.  I can see the sun ahead though, and it’s lovely.

View all posts by k

Blank mood chart that I have found to be very helpful

Crisis Plan format that is really helpful to use to fill out and give to a provider and caregiver.

Depression and Bipolar Support Alliance: Find a meeting in your area or just find resources